No mobiles at the wheel.

What does a third lockdown mean for motorists?

Effect of lockdown on vehicles. 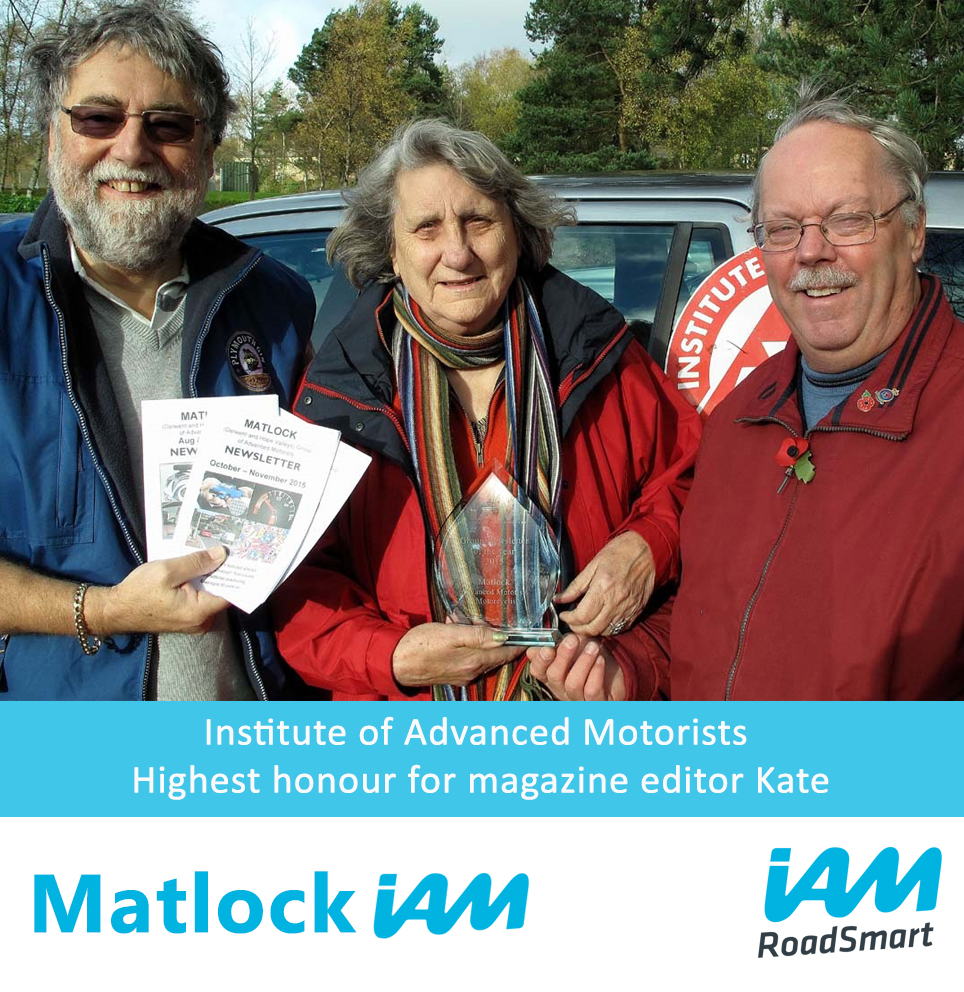 Motoring enthusiast Kate Froggatt has proved she’s a whizz with words as well as a real professional when she’s behind the wheel of a car.

The prestigious Institute of Advanced Motorists has just awarded her its top honour for editing the best Advanced Driving group magazine in the whole of the UK.

Kate, who lives on the Notts-Derbys border but spends most of the summer months in Alport, near Bakewell, edits the magazine for the Derwent and Hope Valleys group of the IAM.

She has been a member of the group and the magazine editor for several years.

“It’s a fantastic honour for both Kate and the local iam group”, said group secretary and chief observer Bill Storey this week. “We have always been very proud of our publication but to win the national award is really something.”

Bill collected the trophy on Kate’s behalf during the IAM’s annual conference and subsequently presented it to her during a Sunday morning guidance session in Matlock.